Don’t Put All Your Eggs In One Basket. Especially Someone Else’s (Instagram) Basket.

With any investment, it pays to have a diverse portfolio. The idea of putting all your eggs in one basket has obvious repercussions in a real-life scenario. With social media, people aren’t just putting all their eggs in one basket, but they’re putting everything in someone else’s. Time, energy focus and content to someone else’s platform. If that basket goes down, you and all you’ve done will go down with it.

Just yesterday, a photo buddy of mine has had his Instagram account taken down. No notification, no warning and he’s got no idea why.

To make matters really serious, he’s travelling Europe as a digital influencer. His Instagram is his online identity – his platform to over 300K followers. He’s sponsored by Nikon, getting paid to travel and take pictures. Hotels, activities, tours – all on the proviso that he shares his experiences. Sounds like the dream, until this.

I’ve got no idea what happened. He doesn’t. But here’s a few thoughts.

Time will tell, perhaps. Or maybe not? I hope he get’s his account back, because it’s a massive blow to his career. It’s also a reminder to all of us of the importance of audience, ownership, content distribution strategy and redundancy. If you’re a content-maker, do you own your audience, or are you beholden to an unknown Facebook-god?

As more businesses are looking to employ digital influencers, there’s a decision process to picking the right person for the specifically targeted demographics. This unfortunate example highlights the risk of picking people who only have one channel to market – especially if it’s not their channel.

After a few people started singing out, asking for help, sure enough, everything was ‘undone’, and the account was restored after two days of going dark. No explanation was given, but that’s customer service, these days, hey? 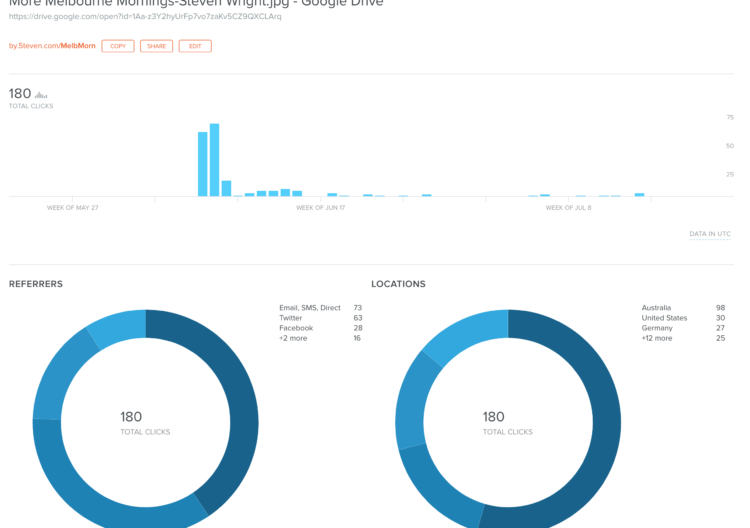 Getting Creative with Branded URLs and Shortlinks